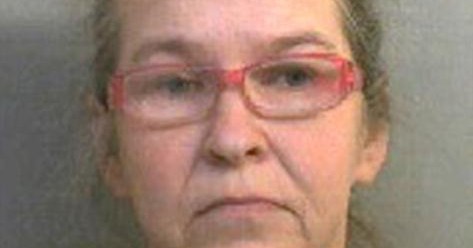 A human trafficker Jurate Grigelyte has been jailed for three years by Bristol Crown Court for 21 counts of trafficking Lithuanians and forcing them to work for a pittance in Bristol.

Grigelyte had been working delivering and collecting charity clothes bags from people’s houses. Between August 2009 and November 2013, she made a profitable business out of coaxing her victims to the UK with an offer of work, before exploiting them.  The workers spoke little or no English. Some were alcoholics and felt totally dependent on Grigelyte for accommodation, work and food and had no idea how to interact with UK authorities. They were charged rent for shared rooms at £50 per week – or two full days’ earnings – which was deducted from their pay.  Mr Lowe said the work consisted of long hours on the street delivering and collecting up to 1,000 charity bags per day.  Transport was in the back of a cramped, windowless van with neither seats nor seat belts, over long distances.  If workers didn’t work on a particular day, Grigelyte imposed a £50 “fine”. If they got drunk or did something wrong, she fined them. After deductions for travel costs, rent and fines workers were still theoretically owed money, but Grigelyte rarely paid them, save for paltry amounts for food.